Ghana’s Attempts at Industrialization: How Can the Country Achieve the Success It Yearns For? [Occasional Paper No. 19]

Press Conference: IFS’ Review of the Economy ahead of the Mid-Year Budget Presentation

In 2006, Ghana began a review of its pension system to identify ways of ensuring better income security for Ghanaian pensioners. The review culminated in the enactment of a new National Pension Act (Act 766) in 2008. The law establishes a new contributory three-tier pension scheme and a regulatory oversight body, the National Pension Regulatory Authority (NPRA), to oversee administration of the composite pension scheme.

Under the law, which remains in force today, 13.5% of an employee’s basic salary is paid to the Social Security and National Insurance Trust (SSNIT) comprising 13% contributed by the employer and 0.5% contributed by the employee) as tier one. The employee further pays 5% of his basic salary as tier two to an approved private trustee. Tiers one and two are mandatory. A third tier is voluntary, and like tier two, is managed by approved private Trustees, assisted by pension fund managers and custodians licensed by the Securities and Exchange Commission.

The law stipulates that within five (5) years of its enactment, the NPRA shall ensure unification of all other pension schemes operating in the country alongside the three-tier pension scheme. These allied pension schemes include Cap 30, Ghana University Superannuation Scheme, etc.

In spite of the comprehensive reforms birthed by the new Act, problems still persist with Ghana’s pension system.

First, coverage of formal pension remains low. For example, in 2017, only 14.3% of Ghanaian retirees had access to some form of formal pension, with preceding years recording even lower coverage. Second, the informal sector constitutes an abysmally low percentage of retirees receiving formal pensions. Third, pension coverage is disproportionately skewed in favour of men; for example in 2009, women accounted for only 14.9% of retirees receiving pension, constituting only 1.6% of the total female retiree population. Finally, and perhaps the most emphasised issue with pensions in recent times, is the low amounts paid to retirees as pensions.

Beyond the above-mentioned issues of general population access to pensions, the skewed rural-urban and gender distribution, and the low pensions, other pertinent policy questions remain. For example, how sustainable is the SSNIT pension scheme itself, considering that 1 in 2 contributors to the SSNIT scheme pays contributions on a salary of GH₵1000 or below? Why has unification of pension schemes not been achieved in spite of the provision in the law to attain unification by 2013?

In recent times, the subject of employee pensions has risen to the forefront of national debate and discourse. The Trades Union Congress (TUC) recently raised concerns with SSNIT’s computation of workers’ pension, a matter that was eventually referred to the NPRA. SSNIT has mounted a public education drive, assuring the public of the benefits of its pension scheme. For this year’s national May Day celebrations, TUC chose the theme: Sustainable Pension for All: The Role of Social Partners. In his May Day address, the President of the Republic, Nana Akuffo Addo, acknowledged the unresolved issues with Ghana’s pensions and directed the Minister of Employment and Labour Relations to liaise with the relevant institutions to bring finality to all outstanding issues within three (3) months.

Against this background, the IFS – a public policy institute devoted to undertaking research and advocacy on pertinent issues with Ghana’s economic management – recognizes a window of opportunity to influence the reforms necessary towards addressing the challenges with Ghana’s pension system. In this regard, the Institute plans to hold a National Pensions Dialogue to bring together experts, state agencies, civil society, development partners and the general public to discuss Ghana’s pension system. The event, scheduled for2nd July, 2019 has the following expected outcomes:

A detailed report produced from the workshop will be submitted to the P residency and relevant authorities and organizations to contribute to the advocacy around the issues. 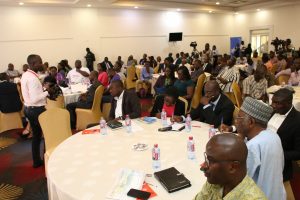 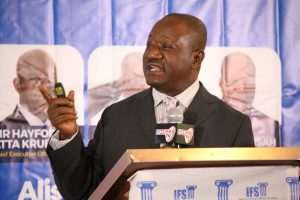 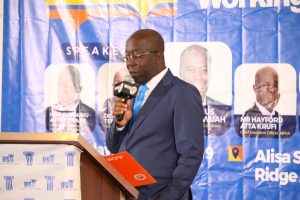 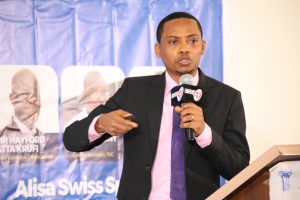